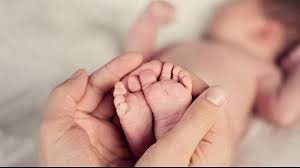 On November 12, 2020, on the occasion of the World Pneumonia Day, the International Vaccines Access Centre released the 11th Annual Pneumonia and Diarrhoea Progress Report. According to the report, India has made significant progress in vaccination coverage to prevent Diarrhoea and Pneumonia.

According to the report, India has achieved the global target of 90% coverage of three of five vaccines. These vaccines are DPT Vaccine, Measles vaccine, PCV vaccine, Rotavirus vaccine and Haemophilus Influenzae Type B vaccine. DPT is Diphtheria, Petrussis and Tetanus vaccine. PCV is Pneumoccal Conjugate Vaccine.

Also, the report says that India has completed the 100-day agenda of un-precedented national scale up of Rotavirus vaccine. This will help protect 26 million children born with cases of rotavirus diarrhoea.

The report says that India has achieved the following

The report tracked the progress by analysing the following indicators

Of the 15 countries that were focussed by the report, India is one among the four that exceeded targets of exclusive breastfeeding.

According to the report, India failed to reach all four targets. Only 51% of children in India received Oral Rehydration Solution and only 20% received Zinc. These two are considered as the most effective treatments in preventing deaths from diarrhoea in children.

India accounts to 20% of deaths due to pneumonia in the world. Uttar Pradesh and Madhya Pradesh are the estimated to have majority of Pneumonia cases of the country, especially in children of age under 5.

It builds knowledge support for the development of vaccines. It was established in 2003 and has served several international organization since then. It is a part of the John Hokins School of Public Health.