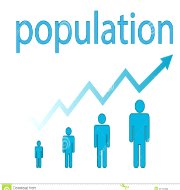 The World Population Day is observed across the world on July 11 to attention on the urgency and importance of population issue. Observance of the day aims at increase people’s awareness on various population issues such as the importance of family planning, maternal health, gender equality, poverty and human rights.
2017 theme: “Family Planning- Empowering People, Developing Nations”. The theme highlights importance of family planning as it allows people to attain their desired number of children and determine the spacing of pregnancies.

The World Population Day was established by the then Governing Council of the United Nations Development Programme (UNDP) in 1989. It was inspired by the public interest in Five Billion Day on July 11, 1987. On this date world’s approximate population had reached five billion people.
Later in December 1990, the United Nations General Assembly decided to continue observing World Population Day by adopting resolution 45/216 to enhance awareness of population issues, including their relations to the environment and development.
The Day was first marked on 11 July 1990 in more than 90 countries. Since then, it is observed annually by number of United Nations Population Fund (UNFPA) country offices and other organizations and institutions commemorate World Population Day, in partnership with governments and civil society
The world population has grown tremendously over the past years. China has the highest population in the world and India stood at second.