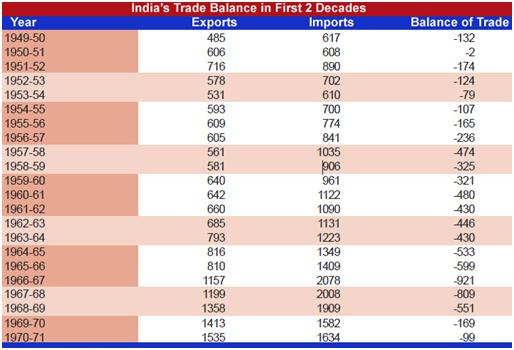 This table shows that there is a continuous negative balance of Trade from India’s independence till the first years of 1970s. After that, the Trade as well as negative Trade Balance increased, post liberalization Era.

Post liberalization, the devaluation of Rupee and convertibility of Indian Rupee in current account tried to create a favouarble environment, this was evident in the year 1993-94 and 1995-96, but in the subsequent years, the trade deficit increased.

However, in recent years, India’s merchandise export has shown a remarkable growth, except for the period of financial slowdown.