India has vast resources of livestock and poultry, which play a vital role in improving the socio-economic conditions of the rural masses. India ranks 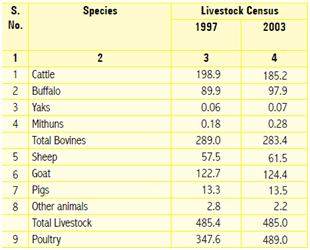