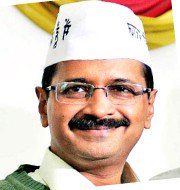 Under the campaign, thirteen pollution hotspots were identified. A separate plan has been prepared for each hotspot based on their respective cause of pollution. A new policy and a new anti-dust campaign has been introduced. According to the new policy, an agency that cuts down trees in Delhi has to plant 80% of them in a new spot.

As monsoon season withdrew, air quality in several parts of national capital has started to deteriorate. Along with the Anti-Pollution Campaign, anti-dust campaign was also launched to settle dust at construction sites.

The coal fired power plants account to 80% sulphur and nitrous oxide emissions of the country. Installing FGD units will cut emissions in phases. The norms were issued by the Ministry of Environment, Forest and Climate Change and the deadline was set as December 2017 earlier. However, the deadline was later extended to December 2019. Still around 33 power plants in India are yet to install FGD. More than 267 units that produce 103.4 GW of power have to be compliant to the norms by February 2022.

In National Capital Region, out of 33 coal fired plants, only two have installed FGD units.