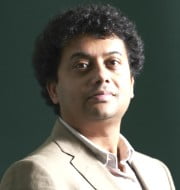 Due to the disruption caused by COVID 19 in the film industry many of the release dates of films in ...

M Nethra, from Madurai, Tamil Nadu, has been appointed as the United Nations Association for Develop...

The Norwegian Academy of Science is to award the Abel Prize for the year 2020 to the two great mathe...

On International Women’s Day, the President gave away the Nari Shakti Puraskar to 15 women, the ol...

“Babenco: Tell Me When I Die” won the ‘Golden Conch Award for Best Documentary Film’ at the ...