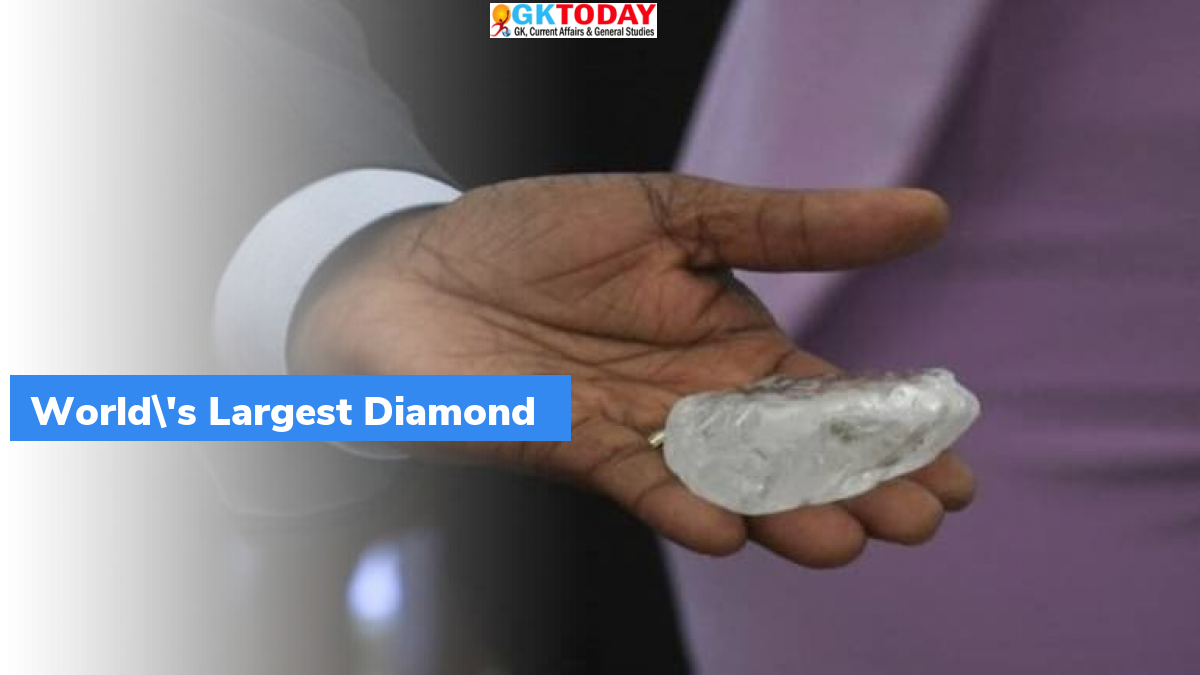 Debswana Diamond Company have unearthed world’s third-largest diamond in Jwaneng mine of Botswana in South Africa.

Debswana company had witnessed a 29 per cent fall in production to 16.6 million carats and a 30 per cent drop in sales amid the covid-19 pandemic. Thus, unearthing of third largest diamond becomes significant.

It is a joint venture between global diamond giant De Beers and government. 80 percent of the income earned by selling of diamonds by Debswana goes to government by means of royalties, dividends, and taxes.