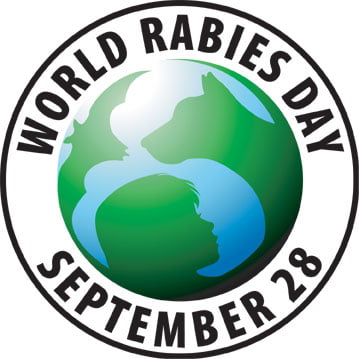 The World Rabies Day is observed every year on 28 September across the world to raise awareness about rabies disease and its preventable measures. The 2018 theme was ‘Rabies: Share the message. Save a life’. Observance of the day seeks to raise awareness about the impact of rabies on animals and human beings. It also seeks to share information on how to prevent disease and highlight progress in defeating this horrifying disease.

World Rabies Day is initiative of Global Alliance for Rabies Control. It was initiated in 2007 to create global opportunity for people to focus on rabies prevention. The day is annually on 28 September to mark death anniversary of Louis Pasteur, a French chemist and microbiologist who had developed the first rabies vaccine along with his colleagues.

Rabies is viral disease that causes inflammation of brain (acute encephalitis) in warm-blooded animals. It is zoonotic disease i.e. transmitted from one species to another, commonly by bite or scratch from infected animal such as dogs to humans. The rabies virus infects central nervous system (CNS) and ultimately causes disease in brain and death. Domestic dogs are most common reservoir of rabies virus. Dog-mediated rabies accounts for more than 95% of human deaths. Its symptoms include neurological problems and a fear of light and water. Vaccination of pets helps to prevent and control rabies.