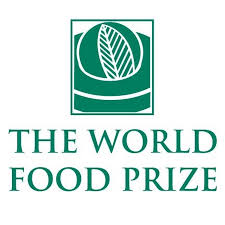 The World Food Prize 2018 was awarded to Lawrence Haddad and Dr. David Nabarro for their individual but complementary global leadership in elevating maternal and child undernutrition within food security. The World Food Prize is most prominent global award for individuals whose breakthrough achievements alleviate hunger and promote global food security. This year’s $250,000 prize will be divided equally between two recipients.

Lawrence Haddad is British economist and food policy researcher and Dr. David Nabarro has worked with the World Health Organization (WHO) and United Nations (UN) on health and hunger issues. Both have dedicated their careers to reducing hunger and malnutrition. Their work has deepened understanding of nutrition’s impact on individual health and also on human capital and economic growth – compelling world leaders to invest in evidence-based solutions. Their work has resulted in reducing world’s number of stunted children by 10 million between 2012 and 2017.

The prize recognizes achievements of individuals who have advanced human development by improving the quality, quantity, or availability of food in the world. It was conceived in 1986 by Nobel laureate Norman Borlaug (considered as father of the Green Revolution).
The prize is annual award carrying monetary award of $250,000. The prize emphasizes importance of a nutritious and sustainable food supply for all people and is considered as means of establishing role models who would inspire others.
Since its formation, 7 Indians have won it. They are Dr Sanjaya Rajaram (2014), Dr Modadugu Vijay Gupta (2005), Dr Surinder K. Vasal (2000), Dr B. R. Barwale (1998), Dr Gurdev Khush (1996), Dr Verghese Kurien (1989) and Prof. M. S. Swaminathan (1987, he was first recipient of the prize).