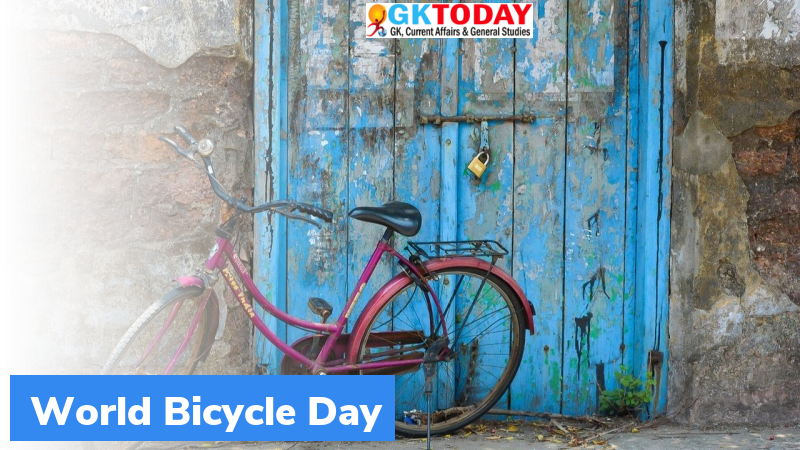 World Bicycle Day (WBD) is observed on June 3 every year with the objective of promoting health benefits of cycling among all age groups.

Its primary aim is to draw attention of people towards the fact cycling is a zero-pollution mode of transportation which is good for environment.

United Nations General Assembly had declared June 3 as World Bicycle Day. UN resolution recognises “uniqueness, longevity, and versatility of bicycle, which has been in use for two centuries.”. Campaign to promote UN resolution for World Bicycle Day was led by professor Leszek Siblisk, a social scientist in the United States. Campaign is supported by 56 countries.

The logo of WBD is a Blue and White in colour, depicting bicyclists around the globe. Its tagline is #June3WorldBicycleDay. It was designed by Isaac Feld. Accompanying animation was created by Professor John E. Swanson.

Why WBD is celebrated?

The day is celebrated as, World Health Organisation (WHO) says, cycling is a ‘pathway to achieve greater health equity’. Cycling provides a form of transport for poorest urban sector who cannot afford private vehicle. This, WBD is celebrated to recognise the benefits of cycling. Besides transportation, it reduces the risk of stroke, heart disease, certain cancers and diabetes.