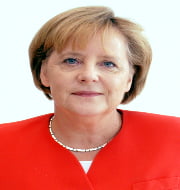 The Brigade 44 openly pledged allegiance to Nazi leader Adolf Hitler. It seeks to end the democratic form of governance in Germany while propagating racism and anti-Semitism. This group was banned by the German government along with its symbols, which includes skull with two grenades marked with the number 44. Number 44 here means Division Dirlewanger, named after Oskar Dirlewanger, who is accused of ordering massacres against civilians in Belarus in the 1940s. The number 4 stands for alphabet 44.

Why did Germany ban Wolf Brigade 44?

The wolf Brigade 44 indirectly hinted that it is a part of the Nazi Paramilitary SS that was established during World War II. This para military force was particularly brutal and bore the name of Oskar Dirlewanger.

He was the founder and commander of Nazi SS penal unit. He fought World War I and the Spanish Civil War. In 1944, Dirlewanger participated in Wola Massacre shooting 40,000 civilians.

He was a German politician ad leader of the Nazi party. In 1913, Hitler moved to Germany. In 1919, he joined the German’s Worker Party, the precursor of the Nazi party. He became the chancellor of Germany in 1933. He was born in Austria. ‘’Mein Kampf” was the autobiography written by Hitler. Hitler initiated World War II in 1939 by invading Poland. He openly declared that Britain is Germany’s enemy. Hitler committed suicide on 30th April, 1945.