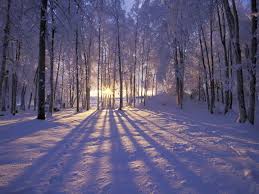 The winter solstice 2018 took place on December 21. It is the time of the year when one of the Earth’s poles has its maximum tilt away from the Sun. Winter Solstice happens twice yearly, once in each hemisphere.

The 2018 Winter Solstice is special because it will be followed the next day by a full moon, called the Cold Moon, which will be visible in the night with the Ursid meteor shower.