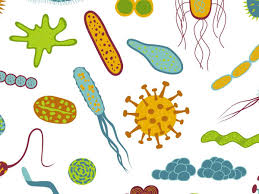 What is Anti Microbial resistance?

The Anti Microbial Resistance (AMR) occurs when parasites, fungi, virus and bacteria no longer respond to medicines. This makes it harder to treat as the risk of disease spread increases.

The main issue in India is that the antibiotics enter the food system through livestock. This further adds up to AMR in the country. This is more common in dairy and livestock.

In 2018, the FSSAI (Food Safety and Standards Authority of India) found that 77 out of the 100 tested milk samples from both organised and unorganised sector had antibiotic residues beyond permissible levels. Farmers use antibiotics in cattle mainly to treat Mastitis disease which is very common disease.

The disease is caused when the animal sits on an unclean floor immediately after being milked. Also, Mastitis can occur if unclean milking equipment is used. The microorganisms enter the cattle’s body through the udder. As farmers treat the animal themselves to avoid the trouble of taking them to hospital, they tend use antibiotics frequently. By this, antibiotics enter the food system easily.

The six important poultry producing states in India are Karnataka, Haryana, Andhra Pradesh, Tamil Nadu, Punjab and Uttar Pradesh. The major poultry companies in these regions mix antibiotics in their feed to prevent diseases. There are no regulatory laws in India as far as feeds are concerned. Therefore, the manufacturers are free to mix any quantity of antibiotics with the feed.

Laws on Antibiotics in India

The antibiotics in India are under the purview of Central Drugs Standard Control Organization (CDSCO). Also, under the Drugs and Cosmetics Act, 1940, the antibiotics are placed under Schedule H. This makes it mandatory that the drugs can be sold only under prescription.