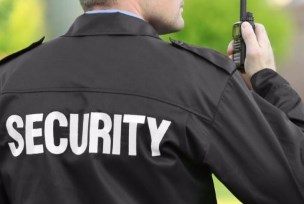 It is a single-window system for issuing licences to private security agencies. The move attempts to streamline licensing regime with Home ministry becoming the dashboard for regulating industry under The Private Security Agencies (Regulation) Act, 2005.

The web portal will be available in all official languages of India (22) in next 90 days. Thus such facilitation would give a pan-India profile to online licensing process.

Also, with the online availability of credentials, it would become easier for an agency registered in one state to expand its operations in another state. Since most of the police stations across country are connected online, thus the online police verification of security guards would become easy by accessing pan-India criminal records online.

The online portal would ensure transparency in licensing the private security sector and would give a boost to its credibility.

Increasing the number of agencies with licences would enhance trustworthiness of private security sector as they have vital importance for safe and secure business environment. The move is also in line with achieving Prime Minister’s vision of $5 trillion economy by providing employment as well as guarding vital corporations and financial hubs in the country.

Private security industry could join the government and start awareness campaigns to make people aware in encouraging only licence holder agencies in sector.

To ensure basic discipline among the employees private agencies should try to recruit retired paramilitary and military personnel represent or people who have undergone at least National Cadet Corps (NCC) training. This assumes importance as private security personnel are 1st line of responders against criminals in society.

Also, there is a need to impart Indian Penal Code (IPC) related knowledge to private security guards during their training itself.

On September 21, 2020, the Union Minister Shri Jitendra Singh unveiled logo and song for the festiva...

Union Home Minister’s Medals for Excellence in Investigation for 2020 have been awarded to 121 pol...

The Union Home Ministry had constituted a committee under the chairmanship of Dr Vinod Paul to submi...

Supreme Court Calls for Uniformity in Fees for Covid-19 Testing

Since the outbreak of Covid-19 in India, the testing fees charged has been a point of discussion. On...