What is NRI Voting? 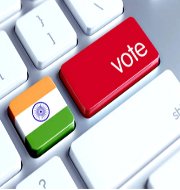 The Election Commission recently proposed the use of postal ballot to enable NRIs (Non-Resident Indians) to cast their votes. This could be done using the ETPBS or Electronically Transmitted Postal Ballot System. The NRIs got voting rights only in 2011 by an amendment to the Representation of Peoples Act, 1950. Currently, NRIs can only vote in person in the constituency where their residence is located. This often proves to be a costly affair as they have to travel in from overseas for the sole purpose of casting their votes.

According to the ECI, it is technically ready to extend the ETPBS to the voters in Tamil Nadu, Assam, Kerala, West Bengal and Puducherry.

What are the provisions for voting in India?

The Government of India allows its citizens to vote in three different ways namely by post, in person and through proxy. Proxy Voting was introduced in 2003, only for NRIs residing in few listed countries. On the other hand, postal ballot involves ballots being sent by posts.

The Supreme Court in 2013 and 2014 formed a 12-member committee to study the three main options for voting namely online voting, voting by post and voting at an Indian mission abroad. The Committee ruled out online polling as it felt that it could compromise the secrecy of voting. The Committee also recommended that additional alternative options of proxy voting and e-postal ballot voting should be provided. The Law Ministry agreed to the recommendations made on proxy voting.

According to the United Nations, there are 16 million Indians living in different parts of the world. In 2014 Parliamentary election, only 25,000 flew to India to cast their votes.