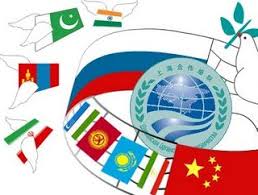 CinemaSCOpe is a movie series launched by the Indian Embassy in Beijing exclusively for the Shanghai Cooperation Organisation (SCO) countries. The embassy will be screening more than two dozen Indian movies dubbed in Russian language on monthly basis. This will be done until India’s chairmanship of the SCO ‘Council of Heads of State’ meeting in 2023. This is a diplomatic outreach to the SCO countries via soft power diplomacy and cementing of people-to-people connections.

The main objective of Shanghai Cooperation Organization is to maintain peace, security and stability in the region. India and Pakistan became full time members of SCO in 2017. The SCO membership of India was strongly pushed by Russia.

The SCO has emerged as one of the largest trans-regional international organization. It accounts to 44% of world population that stretches from Arctic Ocean to Indian Ocean and from Pacific Ocean to Baltic Sea. SCO is keen in deepening security related cooperation and the Regional Anti-Terrorism Structure (RATS) of SCO specifically deals with issues related to security and defence.

India is likely to benefit more given its increasing role in SCO. This is mainly because SCO has a greater role in the Eurasian Region. SCO will enable India to neutralise the centrifugal forces arising from terrorism and religious extremism in the region.

SCO is important to India as its engagement with other multilateral groupings such as RCEP, BBIN and SAARC is declining. SCO has potential to connect India with Central Asia. This is to be achieved through Connect Central Asia Policy of India.

Challenges of India in SCO