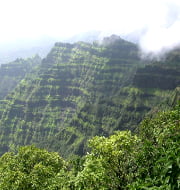 Researchers have found that dense vegetation in Western Ghats determines amount of rainfall that Tamil Nadu gets during the summer monsoon. The study highlights importance of urgent need to stop deforestation in the Western Ghats.