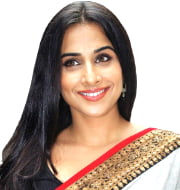 Bollywood actress Vidya Balan has been awarded with the ‘Pride of Kerala’ Award by the World Malayalee Council and Kairali TV.
National award-winning actress hails from Kerala and had made her debut in Bollywood in 2005 in Parineeta.