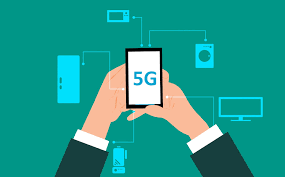 The US Defence Department has planned to free up a big chunk of its military airwaves so that high-speed internet services can be provided in the country. The move is aimed at giving a fillip to the 5G network infra in the country and also to develop the same at the earliest, ahead of China.

Details of the Decision

The Defence Department is of the opinion that the radio spectrum used for the radar defence system in the country can be shared with commercial telecommunications providers in the country so that they can provide the high-speed internet services. However, this will be done without compromising on the national security of the country, at any cost. The Federal Communications Commission will auction 100 megahertz of the ‘mid-band’ spectrum beginning in December 2021 for use as soon as mid-2022. This is now used for shipboard and airborne radar systems.

What is 5G Technology?

It is the 5th Generation mobile technology which is mainly the fifth generation of wireless networks that promises faster speeds, less lag or latency while connecting to the network and also the ability to connect many devices to the internet, at the same time, without bogging it down. The 5G networks will be better to handle more users, lot of sensors and heavy traffic.

Why this decision by the US Government?

According to a report by the Congressional Research Service, there are not as many frequencies available for 5G Technology in the US compared to other countries because the US Military holds so much of usable spectrum. Much of the investments in the country has focused on the higher frequency millimetre wave spectrum that offers fast data speeds but will not work properly outside the urban areas. On the other hand, countries such as China have invested in building out networks using less-expensive lower and middle bands.