US imposes Sanctions on Cuban Police Force and Leaders 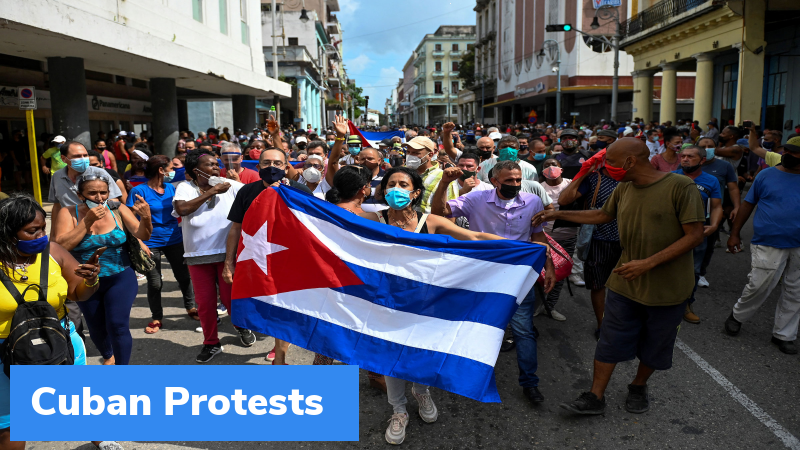 USA has imposed sanctions on the Cuban police force and two of their leaders following recent protests in Cuba against the Communist government of the country.

On whom were the sanctions imposed?

US sanctions have been imposed on Cuban police chief Oscar Callejas Valcarce and his deputy, Eddy Sierra Arias, as well as the island’s police force.

Last week, USA sanctioned the Cuban Secretary of Defense and the Communist Special Forces Brigade for the forceful suppression of the peaceful demonstrations that were held on the island.