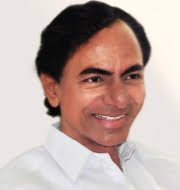 Urdu was declared second official language in Telangana. It was announced by Telangana Chief Minister K Chandrashekhar Rao in the state Assembly.
Every office in the state will now have an Urdu speaking officer. State government will appoint Urdu officers in all offices over next 60 days to receive petitions from public and reply them in Urdu. Apart from this, all competitive examinations in the state will also be conducted in Urdu.