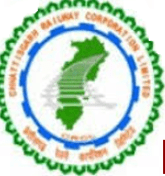 The Andhra Pradesh government has announced the Rythu Bharosa scheme which will provide financial input assistance to the farmers.

What is Rythu Bharosa?

The Rythu Bandhu scheme (also known as the Farmers Investment Support Scheme FISS) is a social welfare program aimed to support the farmer s income by providing him with financial assistance for two crops a year. The scheme is supported by the Government of Telangana. The government provides Rs 5000 per acre per season to support the farm investment, twice a year, for each of the two sowing (rabi and kharif) seasons.

This is a first direct farmer investment support scheme in India in which the cash is paid directly to the farmer. This was followed by the nationwide PM-KISAN program.