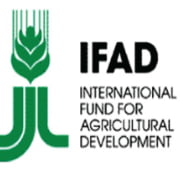 The Governing Council of International Fund for Agriculture let in Rome recently. The council says that by 2030 around 100 million people will be pushed to poverty. The council also said that this is mainly due to climate change impact on agriculture.

The Government representatives and global development from all over the world attended the 43rd Governing Council of IFAD. The Council reported that around 90% of 17.2 million people displaced were due to climate-related disasters.

The council suggest that there is an urgent need to invest on rural development. This will help avoid the catastrophes arising due to climate change.

Other causes of Poverty

Apart from climate change, conflicts are the other major cause of poverty and hunger. The Council says that in Africa alone, the conflicts have risen by 36% between 2018 and 2019.

Disasters and Conflicts greatly affect agriculture. They stop agricultural production and stops millions from lifting themselves from their poor conditions.

The recent Locusts attacks in East Africa and West Asia are the best instances for climate change affecting agriculture. The locusts made longer stay as the temperatures were favourable for them. Usually, the cold drives them away. Due to increase in global temperature, they made longer stay.