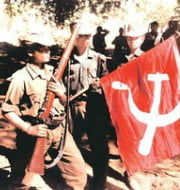 The Union Government is planning to redraw Red Corridor by reducing the number of Maoist (LWE: Left wing extremism) affected districts by about a fifth.
In this regard, approximately 20 of the 106 districts which have been described as being Maoist-affected and are part of the Red Corridor may be removed from the list.
Consequences: Once these districts are taken off the list of Red Corridor, the financial aid made available to these districts annually for various developmental works will dry up.
Key facts