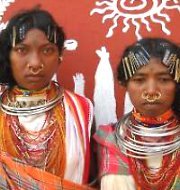 The Union Ministry of Tribal Affairs is going to launch “Vanjeevan”, the National Resource Centre (NRC) for Tribal Livelihood issues in Bhubaneswar, Odisha.
It will be launched in collaboration with UNDP and National Scheduled Tribes Finance and Development Corporation (NSTFDC).  Besides, NRC website and e-knowledge platform on tribal livelihood will also be unveiled.

On the eve of Statehood Day celebrations, on November 1, 2020, the State Government of Chhattisgrah ...