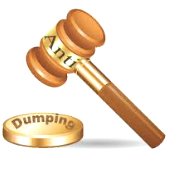 Union Government has imposed anti-dumping duty of up to 44.7 per cent on import of plastic-processing machines from Chinese Taipei, Malaysia, Philippines and Vietnam for five years.
The anti-dumping duty will be levied on imports of all kinds of plastic-processing or injection-moulding machines, also known as injection presses.
The move is aimed at protecting the domestic industry from cheap in-bound shipments from these 4 countries.
Background
The Directorate General of Anti-dumping and Allied Duties (DGAD) during its investigation had found that the cheap in-bound shipments of ‘Plastic Processing Machines or Injection Moulding Machines’ from these countries at dumped prices are hampering performance of the domestic industries.
What are Anti-dumping measures?