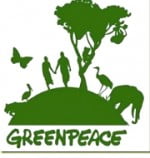 Union Government has cancelled licence of Greenpeace India, a non-profit Non-Governmental Organisation (NGO) to receive foreign donations.
The license was cancelled by Union Ministry of Home Affairs as per under Section 13 of Foreign Contribution Regulations Act (FCRA), 2011. Henceforth, Greenpeace India will be not able to receive any kind of foreign donations from its international network.
Earlier in April 2015, MHA had suspended the license of Greenpeace India for six months for mixing foreign and domestic funds and not disclosing the movement of its funds.
Greenpeace India had filed a petition challenging this suspension in the Delhi High Court. The court had allowed the NGO to use two of its accounts for the purpose of receiving and utilising fresh domestic donations for its day-to-day functioning.