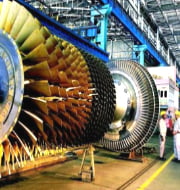 The Union Government has decided to wind up of National Manufacturing Competitiveness Council (NMCC) with immediate effect as it has fulfilled the mandate.
Decision in this regard was taken by the Cabinet Committee on Economic Affairs (CCEA) chaired by the Prime Minister Narendra Modi after it was observed that NMCC has fulfilled the mandate for which it was constituted.