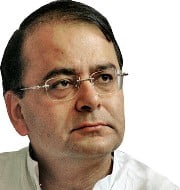 Union Government has announced Special Assistance of 1000 crore rupees to the Andhra Pradesh Government for development projects during the financial year 2015-16.
The funds from Special Assistance will be utilised for the development of backward districts of Andhra Pradesh and creation of its new capital.
The creation of new capital will include construction of Raj Bhawan, High Court, Secretariat, Legislative Assembly, Legislative Council and other essential infrastructure.
Union Government has provided special assistance of 350 crore rupees for the development of 7 backward districts of Rayalaseema and North Coastal region.
Additional 300 crore rupees have been allocated for the Polavaram Irrigation Project as per provisions of Andhra Pradesh Reorganisation Act, 2014 which had bifurcated the state and creating new state of Telangana on June 2, 2014.