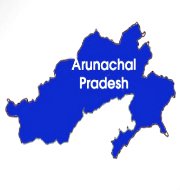 The Union cabinet headed by Prime Minister Narendra Modi has recommended imposition of President’s Rule in Arunachal Pradesh under Article 356 (1) of the Constitution.
Proposal in this regard has been forwarded to President Pranab Mukherjee after Union Government felt that Congress ruled state is heading for a constitutional breakdown.
Key facts

Background
The political crisis in the north eastern hill state began in December 2015 after 21 out of 47 ruling Congress legislators in the 60-member house rebelled along with 11 BJP and 2 independent legislators and extended support to Kalikho Pul to form new government.
Arunachal Pradesh Governor Jyoti Prasad Rajkhowa also had advanced the date of the convening of the assembly session in order check the majority of ruling government in the assembly.