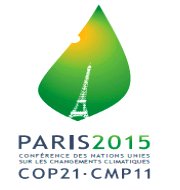 The Union Cabinet gave its approval for signing the Paris Agreement adopted at the 21st Conference of Parties of UNFCCC held in Paris in December 2015.
In this regard, Union Minister of State (Independent Charge) of Environment, Forest and Climate Change Prakash Javadekar will sign the agreement on behalf of India.
The Paris Agreement on climate change is considered as a milestone in global climate cooperation. It is meant to enhance the implementation of the Convention and recognizes the principles of common but differentiated responsibilities, equity and respective capabilities in the light of different national circumstances.
Key features of the Paris Agreement