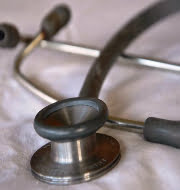 Union Cabinet has approved promulgation of an ordinance to keep state boards out of the ambit of common medical entrance exams i.e. National Eligibility cum Entrance Test (NEET) for one year.
Through the ordinance, the order of the Supreme Court on NEET will be put on hold for a year i.e. for the academic year 2016-2017.
Background
Earlier in May 2016, Supreme Court had refused to modify its April 2016 order making NEET mandatory for admission to undergraduate medical courses across the country for one year.
The apex court order had implied that all government colleges, deemed universities and private medical colleges would be covered under NEET. It also had scrapped all those examinations which had already taken place or were slated to be conducted separately.
Several State governments and major political parties had favoured deferring implementation of the apex court verdict. Several State governments also wanted their exams to be the basis for admission for their 85 per cent quota for the academic year 2016-2017.
So far, as per the SC order 6.5 lakh students have already sat for the first phase of NEET held on 1 May 2016. The next phase of the exam was scheduled on 24 July 2016.