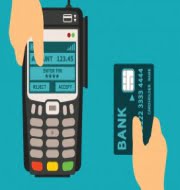 The Union Cabinet has approved a draft ordinance to empower states and allow industries to pay workers’ wages digitally, through a direct bank transfer to accounts or by cheque in a bid to encourage cashless transactions.
The draft ordinance proposes changes to the Section 6 of the Payment of Wages Act, 1936 to encourage cashless transactions. It will need the President’s assent to become law as per article 123 of the Constitution.

The payment of wages through cheque or DBT of employed persons has twin motives  i.e. it will reduce complaints regarding non-payment or less payment of minimum wages and serve purpose of digital and less cash economy. The move is significant in view of the Union Government is promoting cashless transactions after its decision to scrap the old high value Rs. 500 and Rs. 1,000 currency notes. Earlier Payment of Wages (Amendment) Bill, 2016 introduced in the Lok Sabha during 2016 winter session but was not cleared owing to the impasse in Parliament.