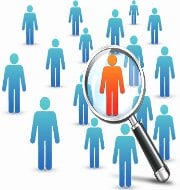 The Union Cabinet has approved a National Apprenticeship Promotion Scheme (NAPS) for providing apprenticeship training to over 50 lakh youngsters in order to create more jobs.
The Scheme has an outlay of 10,000 crore rupees and a target of training 50 lakh apprentices by 2019-20.
Key Feature of Scheme

Comment
The National Apprenticeship Promotion Scheme (NAPS) seeks to catalyze the entire apprenticeship ecosystem in the country. It is expected to become one of the most powerful skill-delivery vehicle in the country and will offer a win-win situation for all stakeholders.
Background