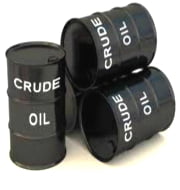 It should be noted that this is first time revenue sharing model introduced in oil sector.
Implication: This decision is expected to stimulate investment in oil exploration sector as well as increase domestic oil and gas production. It will also help in monetizing 70,000 crore rupees worth of resources form these unexploited oil fields
Earlier Methodology: The earlier exploration contracts were based on the concept of profit sharing model. Under this method it had become necessary for the government to scrutinize cost details of private participants which had resulted in delays and disputes.