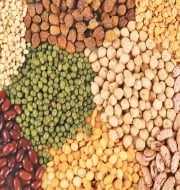 The Union Cabinet has approved a long-term contract with Mozambique for import of pulses by signing a Memorandum of Understanding (MoU).
The MoU aims to promote the production of Tur (Pigeon Peas) and other pulses in Mozambique by encouraging progressive increase in the trading of these pulses.
Key Facts