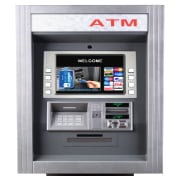 The Union Cabinet has allowed 100 per cent foreign direct investment (FDI) under the automatic route for white label ATM operations (WLAO).
Decision in this regard was taken in Union Cabinet meeting chaired by Prime Minister Narendra Modi in New Delhi.
This decision will expedite and ease FDI inflows in WLAO further giving a fillip to the government’s ambitious effort to promote financial inclusion in the country, including the Pradhan Mantri Jan Dhan Yojna (PMJDY).
Prior this approval, foreign investment in WLAO was allowed through the government approval route which required some processing time and projects were delayed.