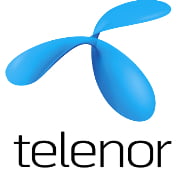 Telecom service provider Uninor has rebranded itself as Telenor in India. The company also has changed its tag to ‘Ab life full paisa vasool’ from ‘Sabse Sasta’.
For the rebranding exercise, the company is going to spend around 100 crore rupees.
Background