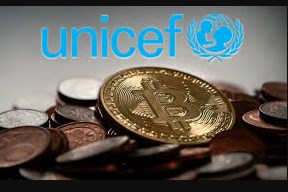 The UNICEF has established UNICEF Cryptocurrency Fund, making UNICEF able to receive, hold as well as disburse donations via cryptocurrencies such as bitcoin and ether. Through the received donations, UNICEF will be funding open source technology that aims to benefit children and young people globally.

The Ethereum Foundation will be first one to be contributing to UNICEF through Cryptocurrency Fund, in form of donations to three grantees of UNICEF Innovation Fund. UNICEF is one of the co-leaders of UN Innovation Network and thus it already helps in researching the potential of blockchain (also other emerging technologies) and problems associated with them.

The organization’s latest move is another major step in its ongoing work related to blockchain and this move would help showcase Etherium and blockchain technology’s power to benefit communities all over the world.