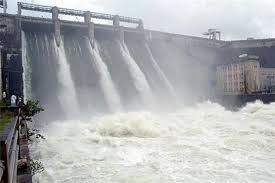 United Nations have released its report titled ‘Ageing water infrastructure: An emerging global risk’ on the ageing of the dams in India. The report was compiled by compiled by United Nations University’s Canadian-based Institute for Water, Environment and Health. The analysis was done on the dam decommissioning or ageing from the USA, Canada, France, Japan, India, Zambia and Zimbabwe.

What are the ageing signs?

Some of the signs of ageing include:

It is a masonry gravity dam on the Periyar River in Kerala. It is located 881 m above mean sea level. It stands on the Cardamom Hills of the Western Ghats in Idukki District of Kerala. The dam was constructed between 1887 and 1895 by John Pennycuick. The Periyar National Park is alsp located around the dam’s reservoir. It is built at the confluence of Mullayar and Periyar rivers. The dam is located on the river Periyar in Kerala but is operated and maintained by Tamil Nadu.