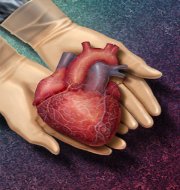 The changes in law will try to incorporate opt-in system similar to India, whereby families’ decision to donate organs of their loved one after death is discretionary. This will come into effect in England in 2020 as part of a drive to help black, Asian and minority ethnic (BAME) people desperately waiting for a life-saving transplant. Under this new presumed consent system, those who do not want to donate their organs will be able to record their decision on state-funded National Health Service (NHS) Organ Donor Register (ODR).

The announcement comes as recent report titled ‘Organ Donation: Breaking Taboos Amongst British BAME Communities’ had called on NHS to take more proactive action to address high death rate among Indian-origin people in Britain due to low levels of organ donation within community. The report was commissioned by Winston Churchill Memorial Trust and was aimed at studying low levels of donation among BAME communities in the UK. According to this report, BAME communities are seen as generally less inclined to opt for organ donation, largely due to deeply-entrenched cultural and religious beliefs discouraging organ donation. In another report by NHS, it was found that 21% of people who died on organ donation waiting list in UK in 2017 were from BAME background. It also held that family refusal continues to be biggest obstacle to organ donation among UK’s Asian communities