Two-thirds of wild animals may go extinct by 2020 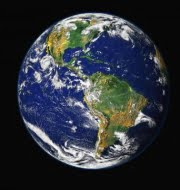 According to recently released study, global wildlife populations have fallen by 58% since 1970 and if the trend continues then two-thirds of wild animals may go extinct by 2020
The study was published as The Living Planet assessment by the Zoological Society of London (ZSL) and the World Wildlife Fund (WWF).
What the study says?

How the study was conducted?