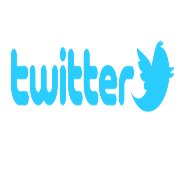 Twitter India has launched #PowerOf18 campaign aimed at encouraging youth to contribute in public debates and participate in civic engagement for the 2019 general elections. The initiative was launched by Twitter CEO Jack Dorsey and Maya Hari, Vice-President and Managing Director, Asia Pacific, Twitter during townhall chat with the students of IIT Delhi.

The campaign will serve as resource for young Indians to find more information about elections, support social causes they are passionate about and join public conversation. It is supported by Twitter’s mission to serve the public conversation and work with more like-minded partners and personalities to create awareness of importance of voting.

In a nationwide survey conducted with 3,622 youth respondents from India, Twitter found rising importance of social media for information consumption. It found that overwhelming 94% of respondents indicating that they would vote in the upcoming elections. Nearly 60% of youth surveyed would turn to social media to find out what’s happening in India and around world, a percentage higher than all other mediums including newspapers.