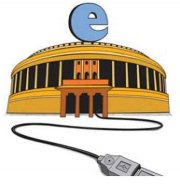 Thiruvananthapuram, capital of Kerala has topped in city governance ranking of the Annual Survey of India’s City Systems (ASICS) 2016 conducted by Janaagraha Centre for Citizenship and Democracy.
This year it was the fourth edition the annual survey which had evaluated 21 major cities from the 18 states. It highlighted inadequacies in urban governance that could affect public service delivery and quality of life.

The ASICS is designed to help city leaders pin point issues in urban governance in their cities and help them chalk out a reform roadmap to make them more livable. It ranks citites in the scale of 0 to 10 scale. The better scores of city in the survey, indicates it will be able to deliver better quality of life to citizens over the medium and long-term. The major parameters of the survey included urban capacities and resources, urban planning and design, empowered and legitimate political representation, and transparency, accountability and participation.