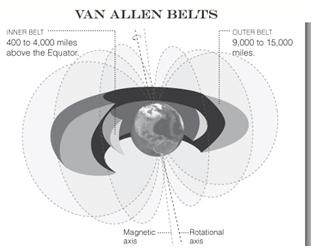 Recently, a study was published in the ‘Astrophysical Journal Letters’, which has confirmed the theoretical work that predicted the Earth’s magnetic field could trap antimatter. A team of researchers led by the University of Bari, for the first time spotted a thin band of anti-matter particles, called anti-protons, enveloping the Earth.