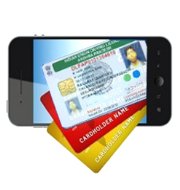 Telangana Government has launched M-Wallet, new mobile app to facilitate citizens to get digital copies of documents like driving licence and registration certificate.
It was launched by Telangana IT minister KT Rama Rao and Transport Minister P Mahender Reddy in Hyderabad. It is first of its kind application to be launched in any state of India.
Key features of M-Wallet