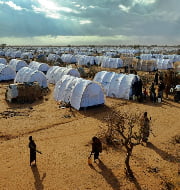 Tanzania has announced its withdrawal of United Nation’s “Comprehensive Refugee Response Framework” citing security reasons and lack of funds. Tanzania has long been considered as safe haven for refugees, particularly from conflict hit Democratic Republic of Congo (DRC) and Burundi.

Earlier in January 2018, Tanzania had informed United Nations High Commissioner for Refugees (UNHCR) that it was suspending granting of citizenship to some Burundian refugees and that it will discourage new asylum applications. It has blamed international community for failing to release funds pledged to help Tanzania integrate refugees.

New York Declaration for Refugees and Migrants (also known as New York Declaration) calls upon UNHCR to develop and initiate the application of CRRF in particular situations, in close coordination with relevant States, other UN agencies and stakeholders.
The CRRF specifies key elements for a comprehensive response to any large movement of refugees. These include rapid and well-supported reception and admissions; assistance for local and national institutions and communities receiving refugees; support for immediate and on-going needs (e.g. protection, health, education) and expanded opportunities for solutions.
The CRRF provides lasting solutions for refugees, including integration into host communities. Its approach is based on the idea that refugees should be included in their host communities. According to framework, once refugees get access to education and right to work legally, they can develop their own skills and be more self-reliant, contributing to local economy.