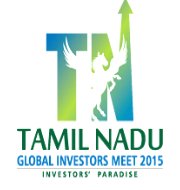 Tamil Nadu’s first Global Investors Summit (TNGIM 2015) has begun in Chennai to woo investors to invest in the state.
TNGIM 2015 was officially inaugurated by state Chief Minister J.Jayalalithaa at the Chennai Trade Centre.
The first of kind investors summit in southern state of India is seeking to targeted investment commitment of one-lakh crore rupees.
Over 5000 delegates including from foreign nations are attending the two-day summit. It also included captains of Indian industry and global corporates and representatives of Indian and global industrial bodies.
Nine countries have registered themselves as partner nations for the mega investment event. State government is aiming to translate investments from this summit by signing about 100 MoUs in the two-day summit to generate around 150,000 jobs over the next 3 years.