Tamil Nadu to set up an exclusive park for Electric Vehicles 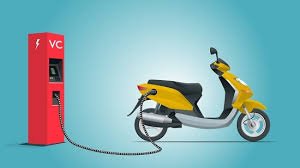 The Tamil Nadu government has announced that it will set up a park exclusively for the electric vehicle production eco-system in the country. It is going to the first-ever such park in the country. The state has the aim of around Rs 50000 crores investment in the Electric Vehicle domain.

What is the Current Status of TN regarding EVs?

Tamil Nadu government unveiled its EV policy in 2019 which gives incentives and subsidies for both the supply side and the demand side. It covers the EV Ecosystem with incentives to EV charging stations developers and to tap components including battery and cell manufacturing electric motors, battery management EV powertrains, etc.

TN is considered as one of the hubs of automobile production in the country since the state has got installed capacity to produce 1.71 million passenger vehicles and 4.82 million two-wheelers every year. The state has also signed MoUs worth Rs 3500 crores for the auto sector during the pandemic situation. On average, 35% of the auto component production and 30% of four-wheeler production is from TN. The state also houses nearly 20 Original Equipment Manufacturers (OEMs) covering all auto-segments and over 350 auto component players and 4000 SMEs under Tier IV in the state.

Central Government Initiatives in this segment

The government of India has the target of electric vehicles making up to 30% of new sales of cars and two-wheelers by 2030 from less than 1% today. The government has started the policies such as – National Electric Mobility Mission Plan (NEMMP) and Faster Adoption and Manufacturing of Hybrid and Electric Vehicles in India (FAME –India).

The first scheme, launched in 2013, is meant to achieve national fuel security by promoting hybrid and electric vehicles in the country. The target is to attain 6-7 million sales of such vehicles from 2020 onwards.

The second scheme was launched in 2015 with a focus on four main areas – Technology Development, Demand Creation, Pilot Projects and Charging Infrastructure.