Talks on reuniting Cyprus fail to strike a deal: UN 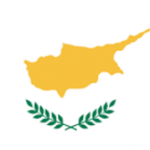 United Nations has announced that the talks held in Switzerland on reuniting the divided island of Cyprus have failed to strike a deal. Negotiations were carried out by the Greek Cypriot leader Nicos Anastasiades and Turkish Cypriot leader Mustafa Akinci, but both sides had differences over criteria for territorial adjustment. The negotiations were held for reuniting Cyprus as a loose federation of two constituent, largely self-governing states.

In 1974, Cyprus got split in a Turkish invasion in response to a brief Greek-inspired coup. The island has been split east to west by a UN- patrolled ceasefire line. While the Northern part of the island (one-third) is inhabited by 220,000  (approx.) Turkish Cypriots, the southern two-thirds have been inhabited by the 800,000 (approx.) Greek Cypriots. Anastasiades and Akinci are both moderate leaders leading their respective communities. Greek Cypriots represent Cyprus in the European Union and Turkish Cypriot state in Cyprus’s north is recognised only by Turkey. Turkish troops continue to be stationed in the Turkish Cypriot state.

Cyprus is an island country located in the Eastern Mediterranean sea.